Use This 1 Trick To Get More Google Reviews

Use this 1 trick to get more reviews!

Have you ever sent an email request to a past client asking them to leave you a review on Google?

How did that work for you?

Most businesses will tell you that it is a very slim chance that anyone will actually click that link leave you a review.

Below I will offer one easy, psychological, trick that will increase your success when asking for reviews.

You can almost trick people, or manipulate them to actually do it. Here’s how.

This psychological trick is taken from Cialdini’s book entitled, “Influence: The Psychology of Persuasion.”

In chapter 3 he talks about the power of consistency and commitment. The big idea is that people have a powerful, innate desire to be consistent and to keep their commitments.

“There is no question about it. The drive to be (and look) consistent constitutes a highly potent weapon of social influence, often causing us to act in ways that are clearly contrary to our own best interests.”

“To understand why consistency is so powerful a motive, it is important to recognize that in most circumstances consistency is valued and adaptive. Inconsistency is commonly thought to be an undesirable personality trait. The person whose beliefs, words, and deeds don’t match may be seen as indecisive, confused, two-faced, or even mentally ill. On the other side, a high degree of consistency is normally associated with personal and intellectual strength. It is at the heart of logic, rationality, stability, and honesty.”

Cialdini describes several experiments that lead to what we often call “the-foot-in-the-door” approach. In one such experiment… “a researcher, posing as a volunteer worker, had gone door to door in a residential California neighborhood making a preposterous request of homeowners. The homeowners were asked to allow a public-service billboard to be installed on their front lawns. To get an idea of just how the sign would look, they were shown a photograph depicting an attractive house, the view of which was almost completely obscured by a very large, poorly lettered sign reading DRIVE CAREFULLY. Although the request was normally and understandably refused by the great majority (83 percent) of the other residents in the area, this particular group of people reacted quite favorably. A full 76 percent of them offered the use of their front yards. The prime reason for their startling compliance has to do with something that had happened to them about two weeks earlier: They had made a small commitment to driver safety. A different volunteer worker had come to their doors and asked them to accept and display a little three-inch-square sign that read BE A SAFE DRIVER. It was such a trifling request that nearly all of them had agreed to it. But the effects of that request were enormous. Because they had innocently complied with a trivial safe-driving request a couple of weeks before, these homeowners became remarkably willing to comply with another such request that was massive in size.”

There are many other research experiments proving that this “foot-in-the-door” approach will cause people to do things that they normally would not otherwise do, all because they said they would or because they made a similarly smaller commitment earlier.

So here is how you use this knowledge to get more Google reviews.

The next time you’re closing a clients’ job. After you walk through the work and gotten their approval. You simply ask if they would do you a favor.

“Hey, would you do me a favor? It would would really help me out.”

We are really trying to get more reviews on Google so that customers like you can find us on the internet. All I’m asking is if you’d make a small commitment to leave me a review. Would you do that?”

“Great! That sure means a lot to me. I really appreciate your commitment to do that for us.”

Now, when you send them that email to click on the link below to leave a review – they will be almost 70x more likely to actually click – simply because they said the would. Give it a try and see if it works.

GIVE US A CALL 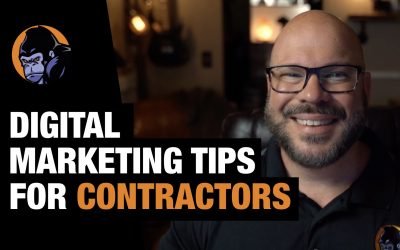 Digital Marketing Tips For Contractors in 2021In the old days, companies had to rely on the marketing power of newspaper ads, billboards, and TV commercials with annoying jingles that get stuck in your head. Times have changed, and so has marketing, and the biggest... 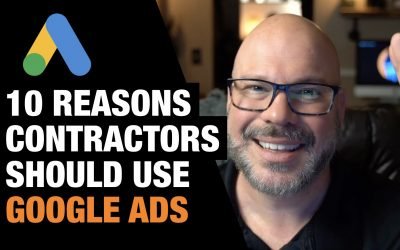 10 reasons contractors should use google ads